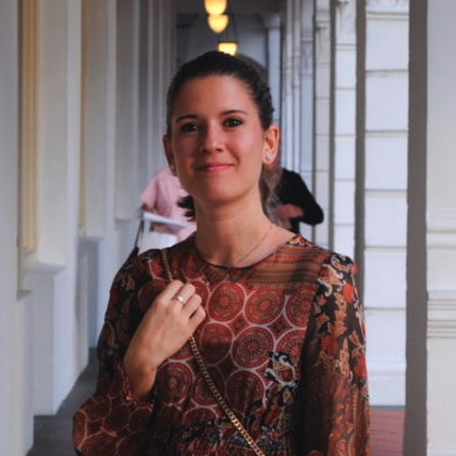 Laura grew up in Spain, where playing sports from young is the norm. As a result she was exposed to many sports, in and outside of school, from martial arts to badminton. But it was in her final year of university when she discovered rugby union (contact rugby) and she has been playing different types of rugby since then.

Moving to Hong Kong a few years ago, the first thing that Laura did was to ask around for rugby teams. She found Valley RFC where she played for one season. It helped her to realize how important sports are to create a sense of community and help at many different levels.

That same summer she found out about HKTag, an organization that was starting to introduce tag rugby to Hong Kong, and she enjoyed the sport so much that she became one of the main organizers; in fact, she’s been instrumental in building the sport of tag rugby Hong Kong. In her role as HKTag Manager, Laura not only organizes social tag rugby events and coaches new players, but also helps coordinate the different HKTag Competitions through the season. She is captain of a tag rugby team, the Buffaloos, as well as a tag referee.

As tag rugby is a mixed sport, Laura observed how men and women behave differently when learning a new sport or taking part in competitions, and she became more aware of the difficulties that only women encounter in these scenarios. She tries to encourage women so they feel more confident and strong when it comes to sports, as she believes it will translate into other facets of their lives.

Says Laura, “Tag rugby is a very inclusive sport. In every HKTag session we run there are new comers, male and female, that want to learn how to play the sport. Actually, many of those women have never played sports before, so it’s a privilege for us to give them the opportunity to discover this side of themselves.”